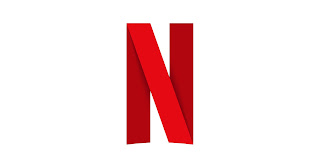 For many years, Netflix has allowed teachers to screen documentaries in their classrooms. However, this isn’t possible with schools closed. So at their request, we have made a selection of our documentary features and series available on the Netflix US YouTube channel. See the full list of documentary films and series below.

Each title also has educational resources available, which can be used by both students and teachers - and we’ll be doing Q&As with some of the creators behind these projects so that students can hear from them firsthand.

We hope this will, in a small way, help teachers around the world.

Note these documentaries are currently available in English. Subtitles in more than a dozen languages will be available later this week. Also if you are a parent or teacher, please check the ratings so that you can make informed choices for your students and children.

13th (Film)
The title of Ava DuVernay’s extraordinary and galvanizing documentary refers to the 13th Amendment to the Constitution, which reads, “Neither slavery nor involuntary servitude, except as a punishment for crime whereof the party shall have been duly convicted, shall exist within the United States.” The progression from that second qualifying clause to the horrors of mass criminalization and the sprawling American prison industry is laid out by DuVernay with bracing lucidity. With a potent mixture of archival footage and testimony from a dazzling array of activists, politicians, historians, and formerly incarcerated women and men, DuVernay creates a work of grand historical synthesis.

Abstract (Series - Season 1)
Abstract: The Art of Design takes you beyond blueprints into the art, science, and philosophy of design. The series goes inside the minds of the world’s greatest designers, showcasing the most inspiring visionaries from a variety of disciplines whose work shapes our culture and future.

Babies (Series - select episodes)
Filmed over the course of three years, Babies is a landmark series that explores the miracle of the first full year of life through the pioneering work of leading scientists from across the globe. The series examines the epic journey every person  embarks on, from helpless new-born to independent toddler. Following the life-changing adventures of 15 international families and featuring the latest research from eminent scientists who share their personal journeys of discovery into the infant mind, the series is filled with the exciting uncertainty of parenting, exploring each major milestone of development like never before. From the first bond a baby shares with its parents, to learning to feed, sleep through the night, crawl across the room, speak their first words, and discover the world around them – right up to those first steps of toddlerhood.

Chasing Coral  (Film)
Chasing Coral taps into the collective will and wisdom of an ad man, a self-proclaimed coral nerd, top-notch camera designers, and renowned marine biologists as they invent the first time-lapse camera to record bleaching events as they happen. Unfortunately, the effort is anything but simple, and the team doggedly battles technical malfunctions and the force of nature in pursuit of their golden fleece: documenting the indisputable and tragic transformation below the waves. With its breathtaking photography, nail-biting suspense, and startling emotion, Chasing Coral is a dramatic revelation that won’t have audiences sitting idle for long.

Explained (Series - select episodes)
In partnership with Vox Media Studios and Vox, this enlightening explainer series will take viewers deep inside a wide range of culturally relevant topics, questions, and ideas. Each episode will explore current events and social trends pulled from the zeitgeist, touching topics across politics, science, history and pop culture -- featuring interviews with some of the most authoritative experts in their respective fields.

Knock Down the House (Film)
Four exceptional women mount grassroots campaigns against powerful incumbents in Knock Down the House, a galvanic and inspiring look at the 2018 midterm elections that tipped the balance of power. When tragedy struck her family in the middle of the financial crisis, Bronx-born Alexandria Ocasio-Cortez had to work double shifts as a bartender to save her home from foreclosure. After losing a loved one to a preventable medical condition, Amy Vilela didn't know what to do with the anger she felt about America's broken health care system. Cori Bush, a registered nurse and pastor, was drawn to the streets when the police shooting of an unarmed black man brought protests and tanks into her neighborhood. A coal miner's daughter, Paula Jean Swearengin was fed up with watching her friends and family suffer from the environmental effects of the coal industry.

Our Planet (Series)
Narrated by Sir David Attenborough This eight-part series will explore the unique and precious wonders of our natural world from the creators of the award-winning series Planet Earth. In partnership with World Wildlife Fund, Our Planet combines stunning photography and technology with an unprecedented, never-before-filmed look at the planet's remaining wilderness areas and their animal inhabitants. The ambitious four-year project has been filmed in 50 countries across all the continents of the world, with over 600 members of crew capturing more than three and a half thousand filming days, and will focus on the breadth of the diversity of habitats around the world, from the remote Arctic wilderness and mysterious deep oceans to the vast landscapes of Africa and diverse jungles of South America.

Period. End of Sentence. (Short)
In a rural village outside Delhi, India, women lead a quiet revolution. They fight against the deeply rooted stigma of menstruation. Period. End of Sentence. — a documentary short directed by Rayka Zehtabchi — tells their story. For generations, these women didn't have access to pads, which lead to health problems and girls missing school or dropping out entirely. But when a sanitary pad machine is installed in the village, the women learn to manufacture and market their own pads, empowering the women of their community. They name their brand “FLY,” because they want women “to soar.” Their flight is, in part, enabled by the work of high school girls half a world away, in California, who raised the initial money for the machine and began a non-profit called “The Pad Project.”

The White Helmets (Short)
A Netflix original short documentary, set in Aleppo, Syria and Turkey in early 2016. As the violence intensifies, The White Helmets follows three volunteer rescue workers as they put everything on the line to save civilians affected by the war, all the while wracked with worry about the safety of their own loved ones. Moving and inspiring, The White Helmets (directed by Academy Award®–nominated director Orlando von Einsiedel and producer Joanna Natasegara) is both a snapshot of the harrowing realities of life for ordinary Syrians who remain in the country, and a humbling portrait of the power of the human spirit.

Zion (Short)
Zion is a gripping portrait of Zion Clark, a young wrestler born without legs who grew up in foster care. Clark began wrestling in second grade against his able-bodied peers. The physical challenge became a therapeutic outlet and gave him a sense of family. Moving from foster home to foster home, wrestling became the only constant thing in his childhood. The Netflix original documentary short is directed by Floyd Russ.