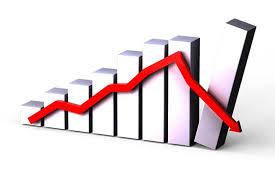 Standard & Poors | The spread of the coronavirus has accelerated, and its economic effect has worsened sharply.  Economic data remains scarce, but the long-awaited initial figures from China for January and February were much worse than feared.

The spread of the virus, which the World Health Organization declared to be a pandemic on March 11, appears to be stabilizing in much of Asia. However, the increasing restrictions on person-to-person contact in Europe and the U.S. have sent markets reeling as risk-aversion rises and views on economic activity, earnings, and credit quality deteriorate sharply. As a result, we now forecast a global recession this year, with annual GDP rising 1%-1.5%.

China's first macroeconomic data capturing the effects of COVID-19 was much worse than expected.  Industrial production in China fell a staggering 12.3% in January-February compared with the same period last year, four times the consensus forecast decline. Moreover, while assumptions around the peak timing of the virus turned out to be broadly valid, the projections around the path of the rebound now look optimistic. Risks of secondary infections are slowing the lifting of person-to-person restrictions, meaning the recovery is likely to be more drawn out than previously thought.

Restrictions on movement in Europe and the U.S. are putting a severe dent in economic activity.  COVID-19 is affecting all aspects of life. Travel is being curtailed, with passenger counts down sharply. Schools are being closed. Mass gatherings such as sports events and theater are being postponed, with knock-on effects on related hospitality industries (see chart). Offices and factories are being shuttered as companies move to remote work. And, most recently, cities and parts of countries are in or moving toward lockdowns, with all but basic societal functions on hold.

inancial markets have gone into freefall, and volatility has spiked to levels last seen during the global financial crisis.  Equities suffered double-digit percent losses the week of March 9 as markets began to factor in the consequences of COVID-19 on growth, earnings, and credit. Day-to-day fluctuations sent the closely watched VIX measure of volatility to its highest level since the global financial crisis. Moreover, credit spreads were their widest in more than a decade, and that wasn't limited to speculative grade. Liquidity stress spread as firms and households shed risk and sought high-quality, liquid assets. All of this was made worse by the collapse in global oil prices, with prices falling below $30 per barrel as major producers failed to agree on supply cuts to support the market.

Central banks have responded with increasingly aggressive actions.  In an extraordinary meeting on Sunday, March 15, the U.S. Federal Reserve slashed its benchmark interest rate to effectively zero. It also moved to ensure financial-system liquidity, increasing its holdings of Treasuries and mortgage-backed securities, and expanded repo operations. The Fed and five other central banks announced an agreement to ensure dollar liquidity through the use of swap lines. Central banks in the U.K., Canada, and New Zealand cut policy rates in recent days as well, and the European Central Bank announced additional asset purchases and more long-term financing operations (but no policy rate cut).

China. Although the health situation there has stabilized, much of the economic damage has already been done. We now project growth of 2.7%-3.2% for 2020, with a flat second quarter and a recovery starting in the second half. Chinese authorities don't appear to be planning a big fiscal stimulus, though targeting spending will continue, and the People's Bank of China will intervene to keep liquidity flowing.

Eurozone. The virus continues to spread, and an increasing portion of the Eurozone population remains at or near lockdown. Tourism and investment have been the hardest-hit areas so far. We now expect the eurozone economy to contract 0.5%-1.0% this year. COVID-19 will affect first-quarter data (when we expect contraction) somewhat, but we believe the more significant hit will be in the second quarter, with a modest recovery to follow. The European Central Bank seems unlikely to lower policy rates much, but it will use cheap long-term refinancing operations (LTROs) and targeted LTROs to smooth the operation of the financial sector. We also expect stepped-up EU-level fiscal efforts to support the hardest-hit firms and populations.

U.S. The impact of COVID-19 in the U.S. has escalated rapidly, with restrictions following Europe with a shortening lag. The sectoral hits should be similar, with the key addition of the oil and gas sector, given the plunge in global prices. Owing to the strong start to the year and the lag in many key metrics, it looks like the U.S. will post marginally negative growth in the first quarter, with the big hit coming in the second quarter (a seasonally adjusted, annualized contraction of about 6%) before recovery begins in the second half of the year. The Fed has already acted, and its intentions are clear. We expect short-term, targeted fiscal stimulus at the federal level soon.