Home entertaiment netflix New documentaries to watch on Netflix during May 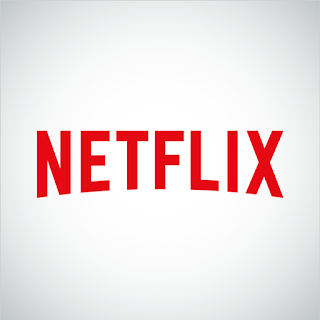 Here’s a look at some of our best in class documentary films and series premiering on Netflix over May.

Have a Good Trip: Adventures in Psychedelics (Film, May 11)
HAVE A GOOD TRIP: ADVENTURES IN PSYCHEDELICS is a documentary featuring comedic tripping stories from A-list actors, comedians, and musicians. Star-studded reenactments and trippy animations bring their surreal hallucinations to life. Mixing comedy with a thorough investigation of psychedelics, HAVE A GOOD TRIP explores the pros, cons, science, history, future, pop cultural impact, and cosmic possibilities of hallucinogens. The film tackles the big questions: Can psychedelics have a powerful role in treating depression, addiction, and helping us confront our own mortality? Are we all made of the same stuff? Is love really all we need? Can trees talk? Cast members include Adam Scott, Nick Offerman, Sarah Silverman, Ad-Rock, Rosie Perez, A$AP Rocky, Paul Scheer, Nick Kroll, and Rob Corddry to name a few. Written and directed by Donick Cary. Produced by Mike Rosenstein, Sunset Rose Pictures, and Sugarshack 2000.

Trial by Media (Series, May 11)
In our modern media landscape where real courtroom dramas have increasingly been transformed into a form of entertainment, the Netflix documentary series TRIAL BY MEDIA reflects on some of the most dramatic and memorable trials in recent history.  Since televised coverage introduced a new emphasis on creative storytelling and showmanship into the legal system, the courtroom has never been the same. Over six compelling parts, TRIAL BY MEDIA explores the many ways in which the press have contributed to reshaping public perception about guilt or innocence before, during or after a trial. The series features cases reaching across different areas of the law including the unforgettable Jenny Jones made-for-Court TV murder trials, the sensational story of Rod Blagojevich’s political fall, and the case of Amadou Diallo, an unarmed African immigrant who was shot 41 times by police in New York City.

Spelling the Dream (Film, May 23)
An Indian-American competitor has won the prestigious Scripps National Spelling Bee for the past 12 years straight, making the trend one of the longest in sports history. SPELLING THE DREAM chronicles the ups and downs of four Indian-American students as they compete to realize their dream of winning the iconic tournament. With fascinating perspectives from CNN's Dr. Sanjay Gupta and Fareed Zakaria, comedian Hari Kondabolu, ESPN's Kevin Negandhi, 1999 Scripps National Spelling Bee winner, Nupur Lala, and others, the film explores the reasons behind this incredible winning streak and what it means for the community. Directed and produced by Sam Rega. Produced by Chris Weller.